Deference and dissent strike a delicate balance in any polity. Insufficient deference to authority may incapacitate government, whereas too much may allow leaders to orchestrate mass violence. Although cross-national and cross-temporal variation in deference to authority and willingness to express dissent has long been studied in political science, rarely have scholars studied programs designed to change these aspects of political culture. This study, situated in post-genocide Rwanda, reports a qualitative and quantitative assessment of one such attempt, a radio program aimed at discouraging blind obedience and reliance on direction from authorities and promoting independent thought and collective action in problem solving. Over the course of one year, this radio program or a comparable program dealing with HIV was randomly presented to pairs of communities, including communities of genocide survivors, Twa people, and imprisoned génocidaires. Changes in individual attitudes, perceived community norms, and deliberative behaviors were assessed using closed-ended interviews, focus group discussions, role-play exercises, and unobtrusive measures of collective decision making. Although the radio program had little effect on many kinds of beliefs and attitudes, it had a substantial impact on listeners' willingness to express dissent and the ways they resolved communal problems. 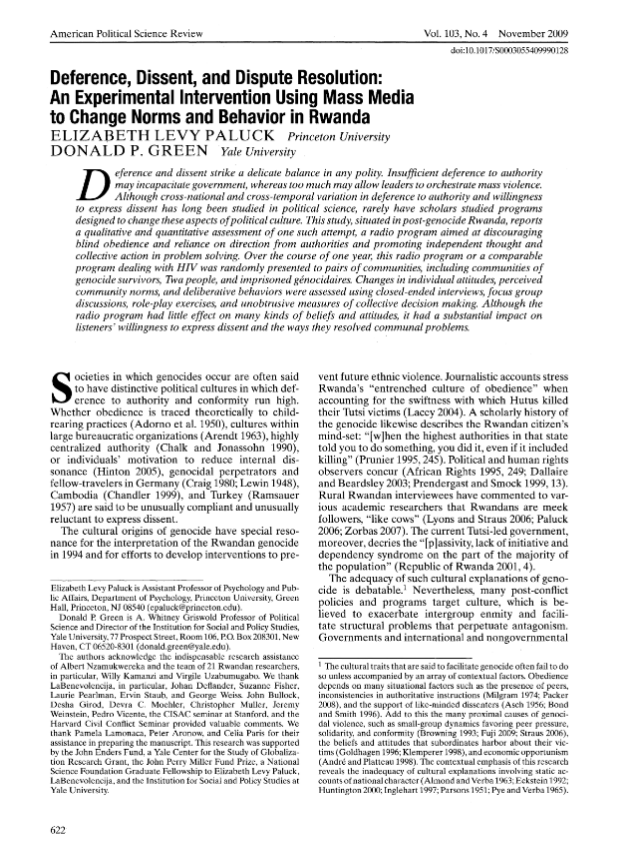 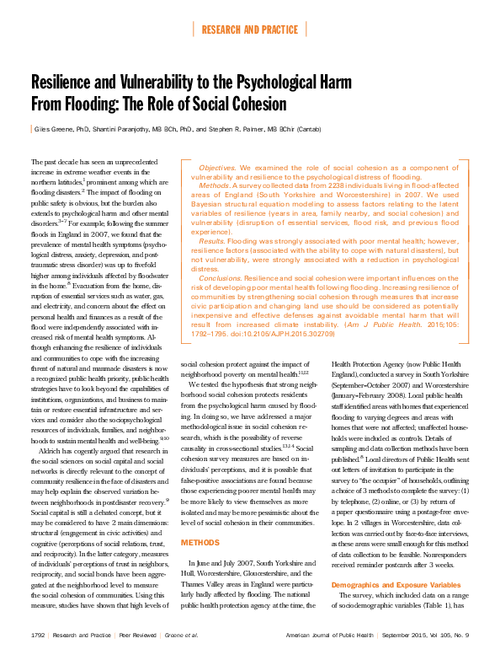