Objectives. We examined the role of social cohesion as a component of vulnerability and resilience to the psychological distress of flooding.
Methods. A survey collected data from 2238 individuals living in flood-affected areas of England (South Yorkshire and Worcestershire) in 2007. We used Bayesian structural equation modeling to assess factors relating to the latent variables of resilience (years in area, family nearby, and social cohesion) and vulnerability (disruption of essential services, flood risk, and previous flood experience).
Results. Flooding was strongly associated with poor mental health; however, resilience factors (associated with the ability to cope with natural disasters), but not vulnerability, were strongly associated with a reduction in psychological distress.
Conclusions. Resilience and social cohesion were important influences on the risk of developing poor mental health following flooding. Increasing resilience of communities by strengthening social cohesion through measures that increase civic participation and changing land use should be considered as potentially inexpensive and effective defenses against avoidable mental harm that will result from increased climate instability. 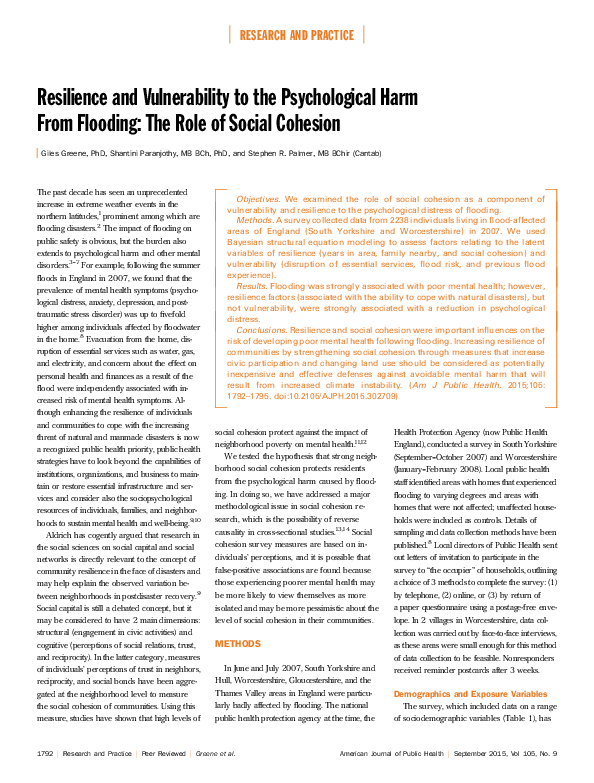 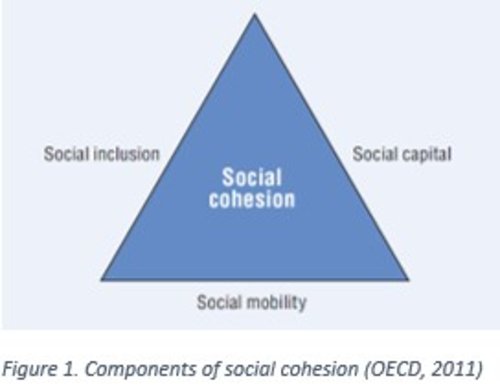