People in South Sudan have suffered prolonged and sustained trauma through war, natural disasters and internecine violence. This has undermined people’s basic fundamental rights and freedoms, including the right to life. The SCORE South Sudan policy report shows that the greatest threat to social cohesion is the breakdown of intergroup relations and the absence of tangible peace dividends, underpinned by the fear of violence and low levels of constructive civic engagement. The analysis also demonstrates the diversity of conflict sources which are highly contextual and reflect local dynamics. This speaks to the need to foster cohesion through local leaders, the community, and strengthening civic spaces where the individual can fully participate in the decisions impacting the community. Findings relate to the attitudes and opinions of communities in the urban areas of Aweil, Bentiu, Bor, Rumbek and Yambio and the peri urban Bomas in close proximity to these state capitals. SCORE South Sudan is a response to the demand to better understand the complexity of restoring social cohesion and building peace in the country. It seeks to provide high-level policy advice to decision-makers in the Government and the donor community on what kind of peacebuilding and reconciliation initiatives will be most effective in supporting the implementation of the Revitalised Agreement on the Resolution of the Conflict in the Republic of South Sudan (R-ARCSS) , and establish solid foundations for sustaining peace and preventing the resumption of conflict. 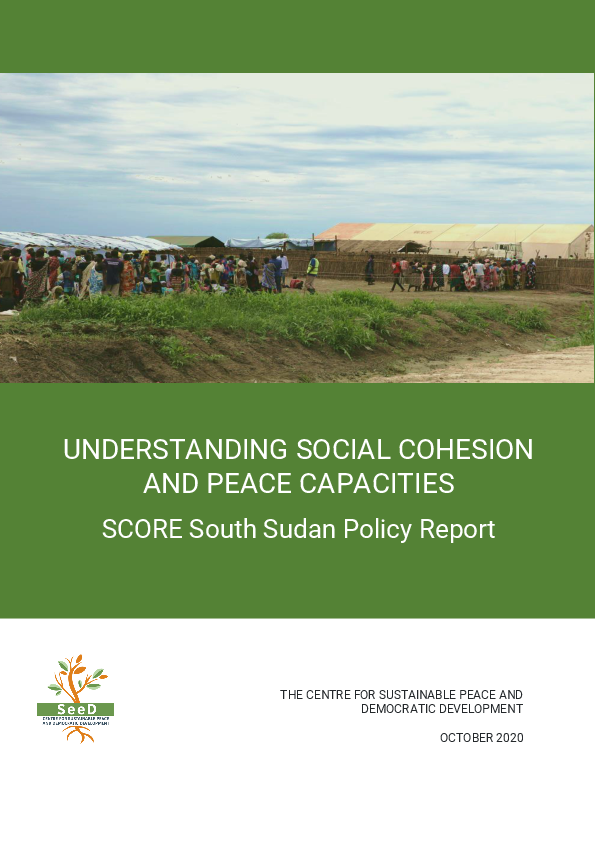