Fifty survivors of the 1994 genocide in Rwanda and 50 prisoners accused of being responsible of genocidal acts completed four scales 45 days before and 45 days after their participation to a gacaca trial. The scales assessed (1) negative emotions presently felt with regard to the genocide, (2) perceived emotional climate, (3) negative stereotypes of the outgroup, and (4) perceived similarity among outgroup members. Building upon Durkheim's (1912) theory of collective rituals, we predicted that participation to the gacaca would involve a reactivation of negative emotions in both groups and would also impact negatively on perceived emotional climate. In contrast, we expected positive consequences for intergroup perception under the form of a reduction of (1) the prejudicial reactions of survivors and prisoners toward each other and (2) the perceived homogeneity of outgroup members. The collected data supported all four predictions. 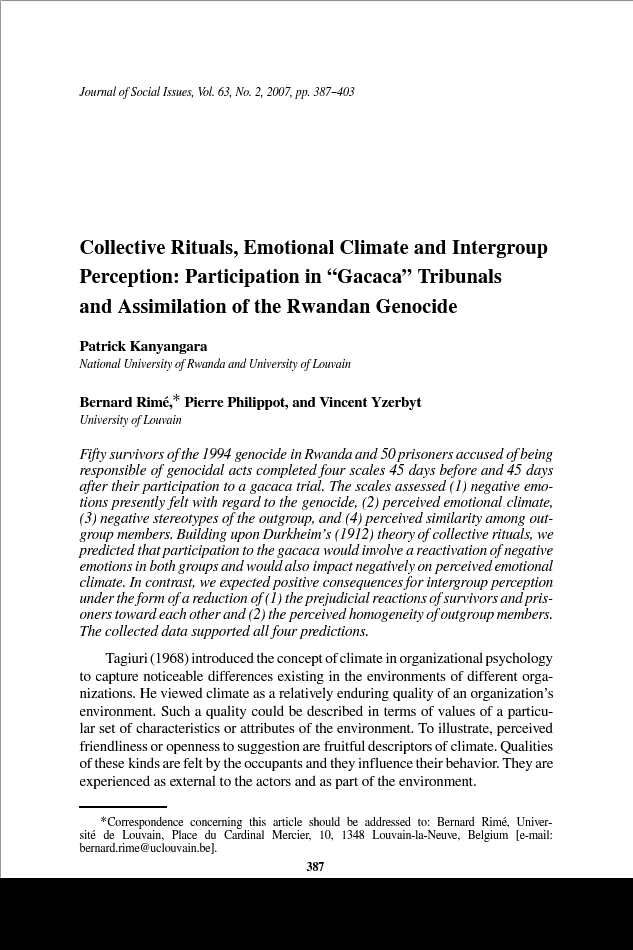 What Holds Asian Societies Together? Insights from the Social Cohesion Radar