Conceptualising and measuring social cohesion in Africa: Towards a perceptions-based index

Social cohesion is a key concept in development studies. Weak social cohesion is often related to slow economic growth and (violent) conflict. So far few attempts have been made to measure this complex concept in a systematic manner. This paper introduces an innovative method to measure national-level social cohesion based on survey data from 19 African countries. We distinguish three dimensions of social cohesion; i.e. the extent of perceived inequalities, the level of societal trust, and the strength of people’s adherence to their national identity. Importantly, our Social Cohesion Index (SCI) is based on individuals’ perceptions vis-a`-vis these three different dimensions of social cohesion rather than certain macro-level ‘objective’ indicators such as GDP/capita or Gini-coefficients. We develop two social cohesion indices: a national average SCI and a Social Cohesion Index Variance-Adjusted (SCIVA); the latter one takes into account the level of variation across different ethnic groups within countries. The SCI and SCIVA are computed for and compared across nineteen African countries for the period 2005–2012 on the basis of Afrobarometer survey rounds 3, 4 and 5. We also investigate quantitatively the relationship between countries’ levels of social cohesion and the occurrence of a range of conflict events. As expected, we find that countries with low levels of social cohesion in a particular year according to our SCI are more likely to experience a range of different violent conflict events in the subsequent year. 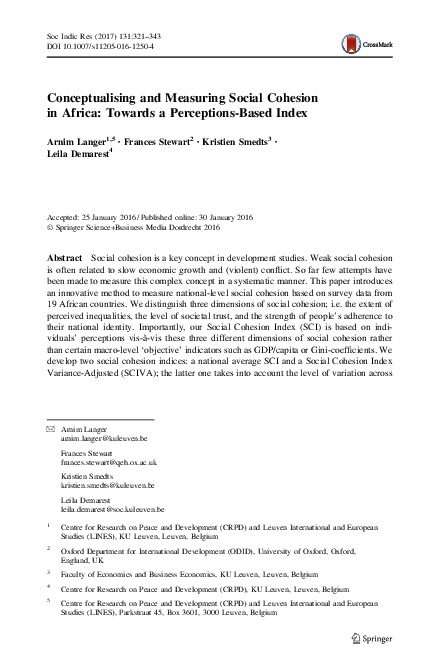 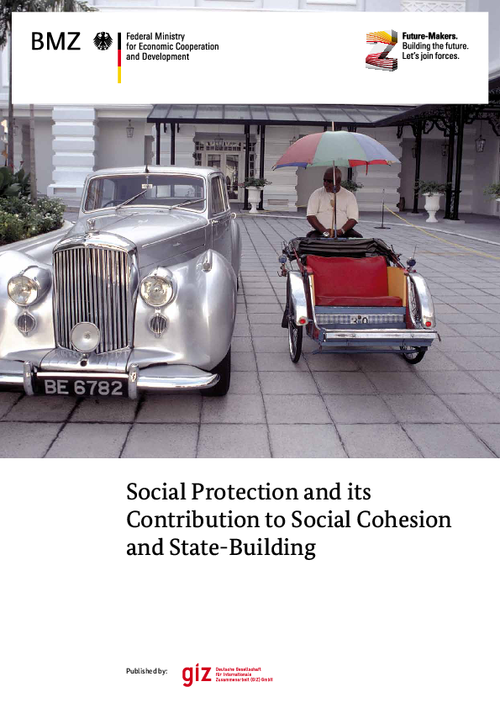 Social Protection and its Contribution to Social Cohesion and State-Building