“At [the] heart [of social cohesion] is the notion that relationships among members and groups in society are sufficiently good that all feel a sense of belonging, that they perceive the whole society as greater than the parts, and when differences develop, they can be dealt with peacefully” (Langer et al., 2017, p. 322).

The Social Cohesion Index (SCI) encompasses three dimensions: inequality, trust, and identity (Fig. 1). The first dimension – inequality – refers to the extent of perceived inequalities within and across groups, as well as perceptions of unfair treatment by the government. Such inequalities may take the form of economic, social, political, or cultural disparities. Persistent and high inequalities threaten social cohesion, as they erode the bond between citizens and may cause conflict. The dimension of societal trust concerns the extent of general trust in others, trust towards other groups, and in state institutions. Societal trust is an important constituent of the ‘glue’ that holds societies together. A lack of societal trust between individuals and groups can undermine peaceful cooperation and economic progress, while mistrust towards state institutions may fuel violent protests. The dimension of identity refers to the strength of people’s adherence to their national identity vis-à-vis their group or ethnic identity. This dimension most readily applies to multiethnic countries with a history of colonial-era borders. In such contexts, national identification is evidence of a shared national project and is thus an expression of socially cohesive nations.

A key feature of the SCI is that it takes a perceptions-based approach to social cohesion. That is, the focus is on perceived, subjective notions of inequality, trust, and identity, rather than objective measures such as GDP per capita or Gini-coefficients. 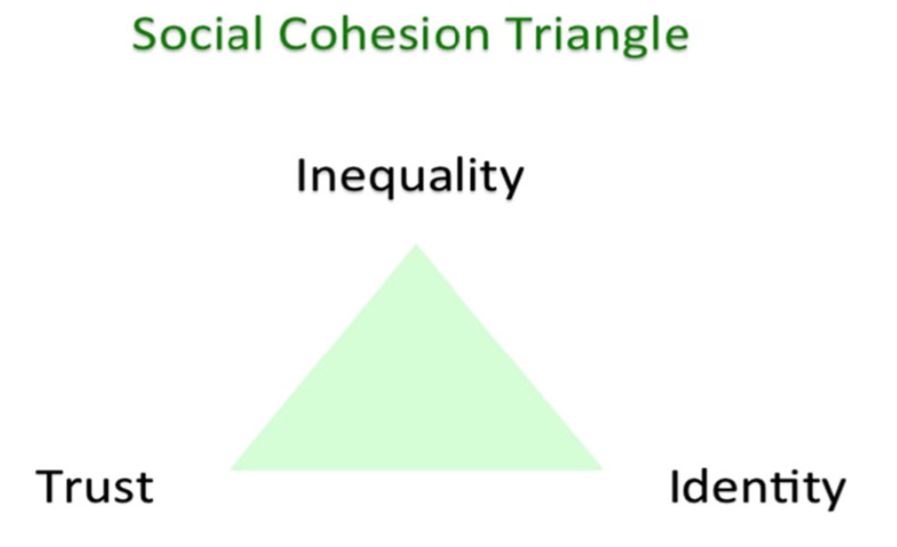 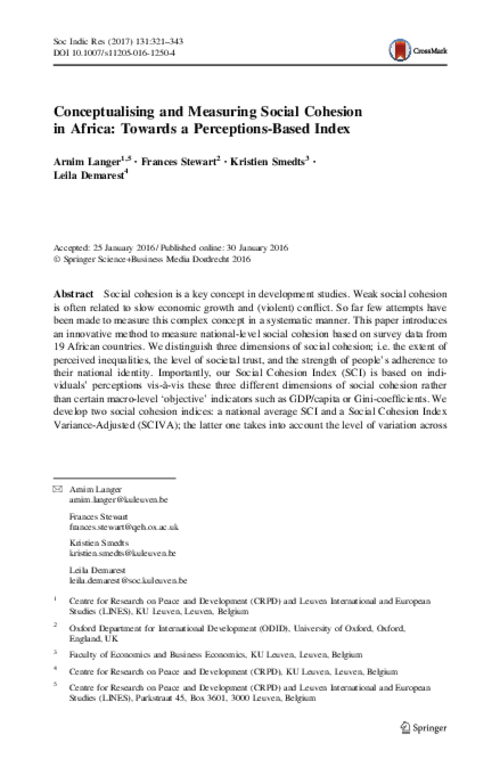 Conceptualising and measuring social cohesion in Africa: Towards a perceptions-based index