Does Social Cohesion Decline? A Study of Social Trust among the Millenials in Indonesia

Social trust is a fundamental factor underpinning social cohesion and interaction among citizens. Nowadays, human interactions are much influenced and shaped by technological advancement that has taken place over the past 20 years. Therefore, it is urgent to see the current condition of social trust, particularly among young people that are often named as millenials. The millennials are usually described as tech-savvy due to their significant amount of time spent on social media and the internet compared to older groups. The reason for the urgency is because Indonesia is now entering the first phase of having a demographic bonus, and it is expected that the working-age population will reach 189 million people in 2020 [1]. It means that the vast majority of the Indonesian population is in their productive age, and social trust among them will play a significant role. This study proposes a research question: how is the dynamic of social trust among Indonesian millennials? For data collection, the survey was conducted online which was distributed in senior high school and college students. There are 852 respondents participated in filling in the online questionnaire in selected six cities in Sulawesi and Sumatera islands. The data is analysed by descriptive statistics to map the dynamic of social trust among millennials. The results show that the majority of respondents believe their family could help them when they are in trouble, while they feel more skeptical when it comes to asking help to their neighbors. The responses when asking for help from friends who are the same ethnicity are also not very convincing. The young people are not confident of receiving support from those who are from different ethnic groups. Surprisingly, when it comes to religion, they seem to be willing to help those who are the same believers. This aspect outperforms other factors, namely ethnicity and neighborhood. 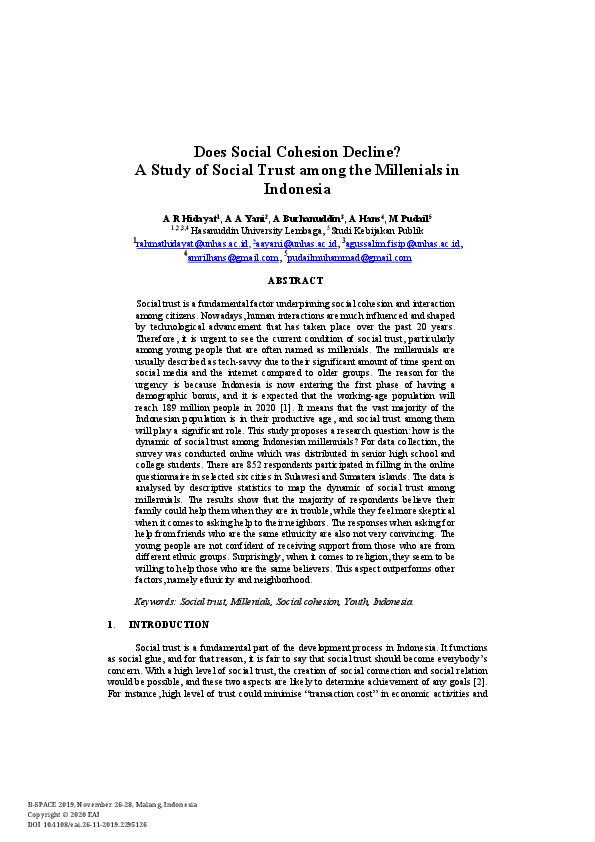 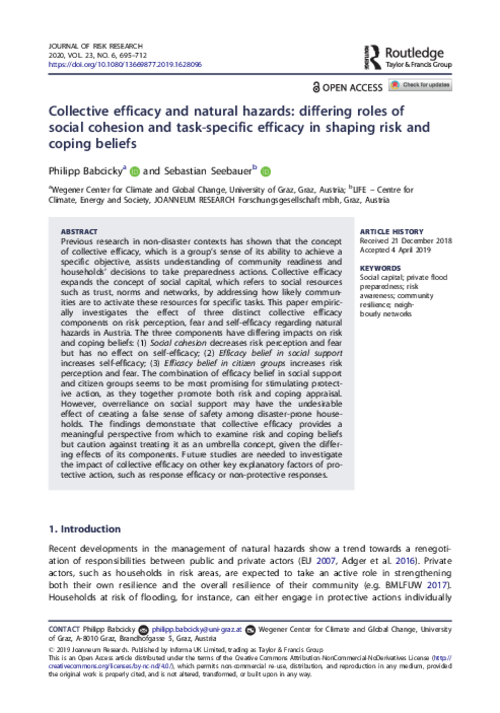