Making Connections? A Study of Interethnic Dialogue in a Divided Community in Bosnia and Herzegovina

Dialogue can have positive effects for participants, but it is not clear how it affects members of the wider community. This study examines a dialogue project in Prozor-Rama in Bosnia and Herzegovina using survey data from 2012 and 2015. Results show that there is a general positive trend in interethnic relations, however, dialogue in Prozor-Rama had the effect of lowering in-group trust and dampening the increase in civic engagement relative to a control town. This suggests that in the short-term dialogue can have negative effects. They also suggest the need for studies of the long-term effects of dialogue. This study is significant because it moves beyond looking at the effect of interethnic contact on attitudes and prejudice and also examines its effect on social ties, social interaction, and civic participation. 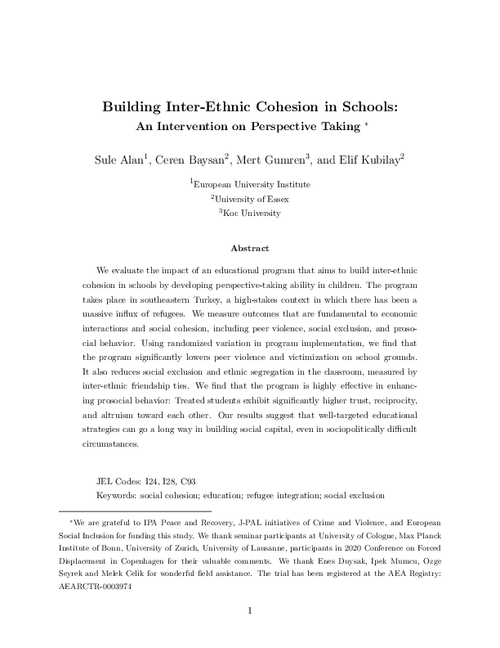 Building inter-ethnic cohesion in schools: An intervention on perspective-taking