How does armed conflict affect accountability and political trust in democratic governments? To answer this question, we present quasi-experimental evidence based on survey data which, coincidentally, were collected in the days surrounding an unanticipated violent attack by a rebel group inMali. The chance occurrence of the attack five days into the survey demarcates respondents into two groups surveyed before and after the attack and allows us to examine how the attack affected approval of politicians and trust in political institutions. Our results show that people mainly attribute responsibility to the president and not to parliament or local government,while trust in institutions is largely unaffected.We also show that these effects are strongest in the region of the attack. These findings suggest that voters in new democracies are capable of attributing responsibility to individual politicians and governments while maintaining trust in the fundamental political institutions of democracy. 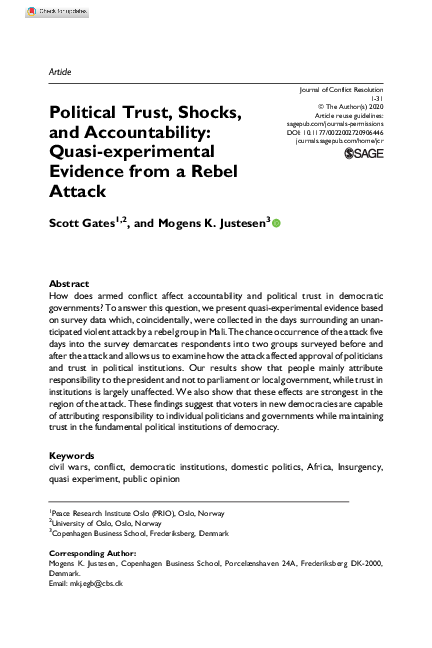 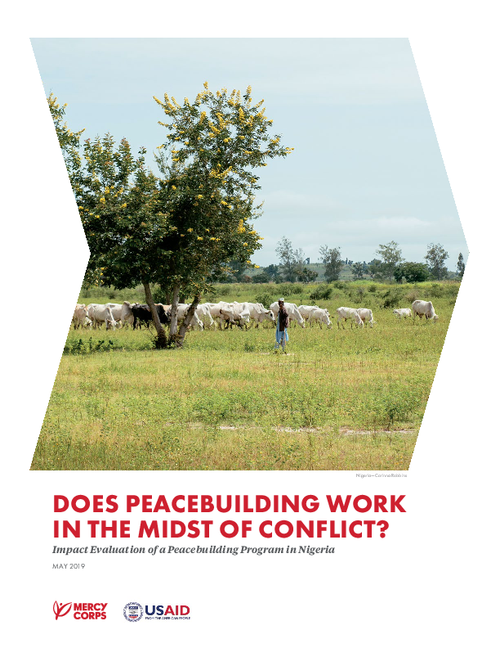