Climate change affects biophysical processes related to the transmission of many infectious diseases, with potentially adverse consequences for the health of communities. While our knowledge of biophysical associations between meteorological factors and disease is steadily improving, our understanding of the social processes that shape adaptation to environmental perturbations lags behind. Using computational modeling methods, we explore the ways in which social cohesion can affect adaptation of disease prevention strategies when communities are exposed to different environmental scenarios that influence transmission pathways for diseases such as diarrhea. We developed an agent-based model in which household agents can choose between two behavioral strategies that offer different levels of protection against environmentally mediated disease transmission. One behavioral strategy is initially set as more protective, leading households to adopt it widely, but its efficacy is sensitive to variable weather conditions and stressors such as floods or droughts that modify the disease transmission system. The efficacy of the second strategy is initially moderate relative to the first and is insensitive to environmental changes. We examined how social cohesion (defined as average number of household social network connections) influences health outcomes when households attempt to identify an optimal strategy by copying the behaviors of socially connected neighbors who seem to have adapted successfully in the past. Our simulation experiments suggest that high-cohesion communities are able to rapidly disseminate the initially optimal behavioral strategy compared to low-cohesion communities. This rapid and pervasive change, however, decreases behavioral diversity; i.e., once a high cohesion community settles on a strategy, most or all households adopt that behavior.
Following environmental changes that reduce the efficacy of the initially optimal strategy, rendering it suboptimal relative to the alternative strategy, high-cohesion communities can fail to adapt. As a result, despite faring better early in the course of computational experiments, high-cohesion communities may ultimately experience worse outcomes. In the face of uncertainty in predicting future environmental stressors due to climate change, strategies to improve effective adaptation to optimal disease prevention strategies should balance between intervention efforts that promote protective behaviors based on current scientific understanding and the need to guard against the crystallization of inflexible norms. Developing generalizable models allows us to integrate a wide range of theories multiple datasets pertaining to the relationship between social mechanisms and adaptation, which can provide further understanding of future climate change impacts. Models such as the one we present can generate hypotheses about the mechanisms that underlie the dynamics of adaptation events and suggest specific points of measurement to assess the impact of these mechanisms. They can be incorporated as modules within predictive simulations for specific socio-ecological contexts. 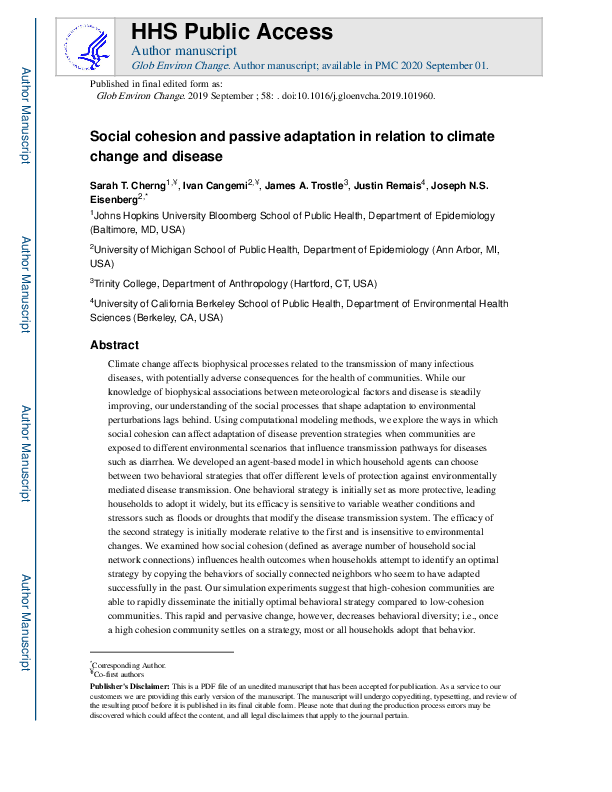 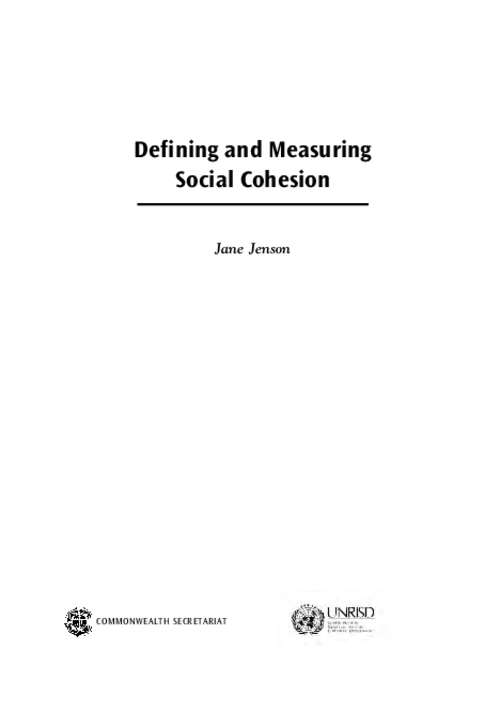