Social cohesion is increasingly present and prioritised on the European political agenda. Generally defined as some combination of trust, solidarity and identity, social cohesion is considered the 'glue' that binds societies together. Due to its interactive nature and supposedly universal appeal, sport has been called upon to play a role in fostering social cohesion across the continent. Accordingly, the European Union has invested considerable policy attention and financial resources into related sports projects. Despite this growing attention, we still have little understanding of how social cohesion is conceptualised in EU sport policy or how political priorities and funding requirements influence funded projects. Therefore, this paper aims to contribute to discussions on the role of (sport) policy and funding priorities on our understanding of social cohesion as well as the implementation of sport for social cohesion projects. This paper's findings are generated through a Critical Discourse Analysis of European policy texts and over 200 Erasmus + Sport project descriptions. Based on this, I argue that the Erasmus + funding mechanism and its associated policies take a broad, politically convenient view of social cohesion and endorse a predominantly individual-centred, technical approach to fostering social cohesion. Ultimately, this ignores the systems or privileged groups that inhibit social cohesion and fails to address the root causes of and barriers to social cohesion. 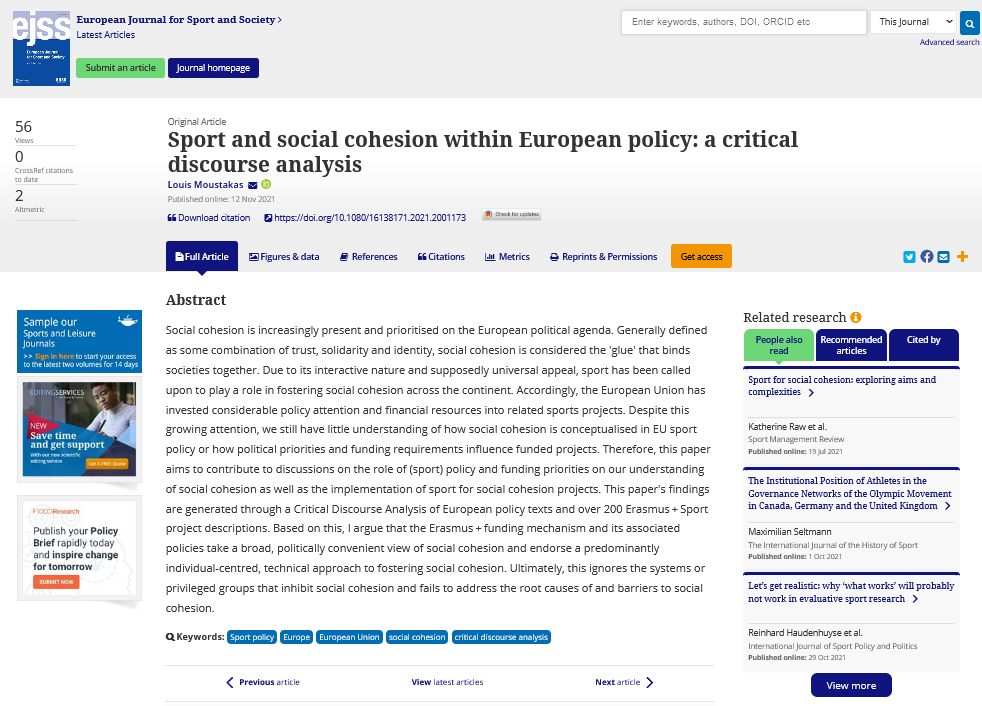 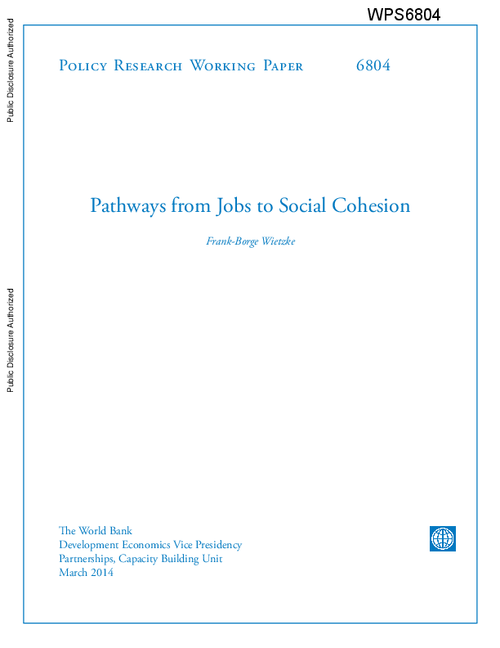 Pathways from Jobs to Social Cohesion