Can intergroup contact build social cohesion after war? I randomly assigned Iraqi Christians displaced by the Islamic State of Iraq and Syria (ISIS) to an all-Christian soccer team or to a team mixed with Muslims. The intervention improved behaviors toward Muslim peers: Christians with Muslim teammates were more likely to vote for a Muslim (not on their team) to receive a sportsmanship award, register for a mixed team next season, and train with Muslims 6 months after the intervention. The intervention did not substantially affect behaviors in other social contexts, such as patronizing a restaurant in Muslim-dominated Mosul or attending a mixed social event, nor did it yield consistent effects on intergroup attitudes. Although contact can build tolerant behaviors toward peers within an intervention, building broader social cohesion outside of it is more challenging. 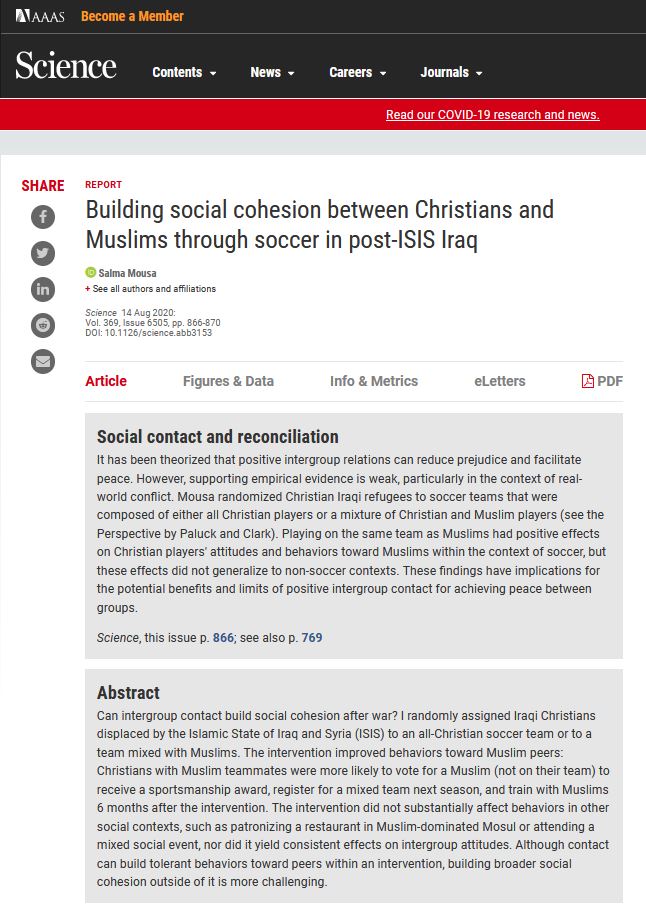 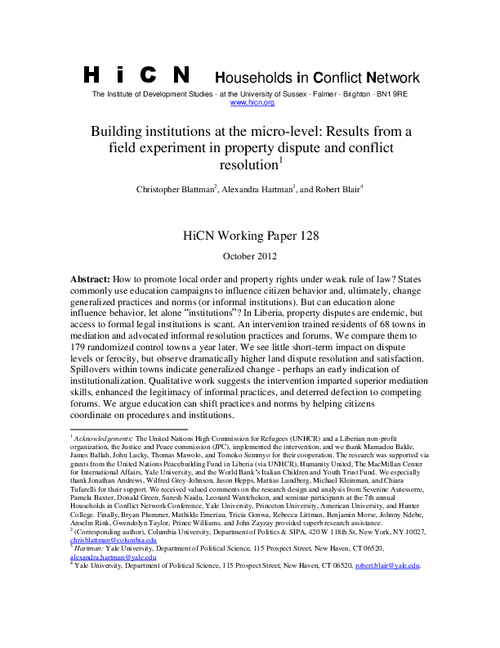 Building institutions at the micro-level: Results from a field experiment in property dispute and conflict resolution