Can the wounds of war be healed? Experimental evidence on reconciliation in Sierra Leone

Wars destroy more than physical capital. When neighbours fight neighbours, this severs social ties, undermining social capital within the community. To recover from wars and rebuild social capital, many countries undertake truth and reconciliation efforts. We examine the consequences of one such programme in post-conflict Sierra Leone, which was designed and implemented by a non-governmental organisation called Fambul Tok. The programme sets up forums in sections, or groups of 10 villages, where victims detail war atrocities and perpetrators confess to war crimes. We use random assignment to study its impact across 100 sections, surveying 2,200 individuals in these areas. The short-run effects are measured nine months after the forums are held, as part of the intervention. In a subsample of sections, we are also able to gauge longer-run effects, 31 months after the forums take place. 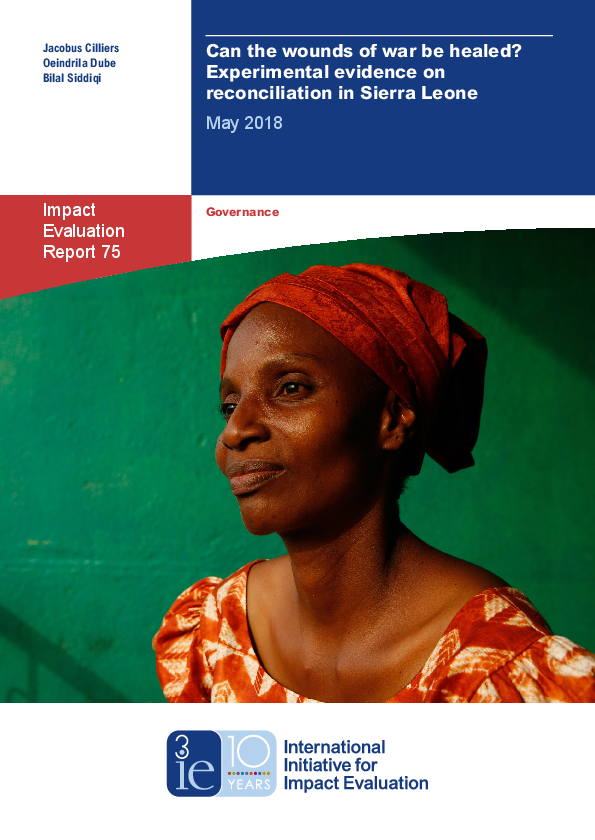