Social cohesion as peacebuilding in the Central African Republic and beyond

Social cohesion has increasingly been touted as a tool of peacebuilding. Theoretically, the concept is linked with efforts to address inequality and build social capital. Practically, social cohesion is bandied about in settings such as the Central African Republic (CAR) as an important objective for building sustainable peace.We argue that peacebuilding scholars focus more on social cohesion as an end goal than they do on the policy-making and implementation aspects of the concept. After reviewing two key social cohesion initiatives in CAR, we find practitioners equally remiss in thinking about process. Also, both communities involved in the initiatives face challenges in grasping the complexity of the horizontal and vertical linkages that sustain conflict and which need to be restructured to build social cohesion. The paper documents these shortcomings and suggests tentative ways forward. 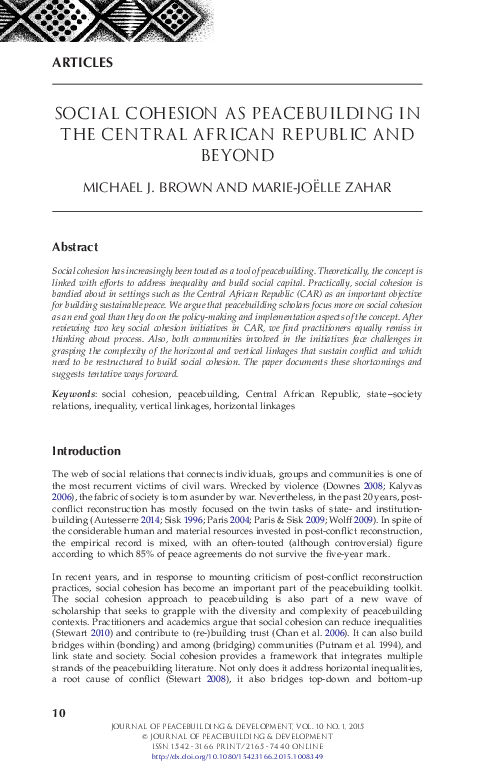 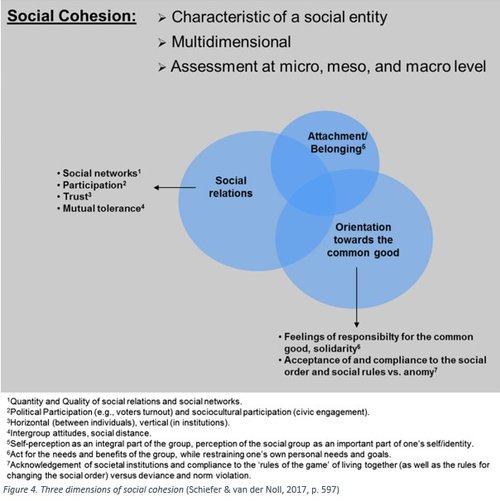 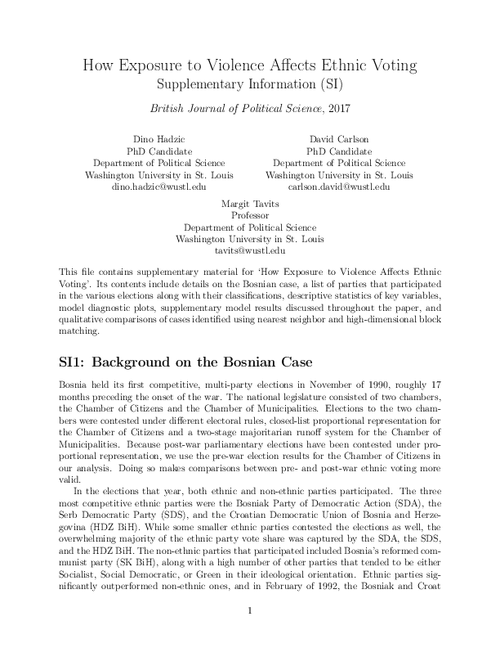