What holds Asian Societies together?

Economic development and prosperity strengthen social cohesion in Asia, poverty and discrimination against women weaken it. This is the conclusion of a study commissioned by the Bertelsmann Stiftung, which for the first time examined the cohesion of 22 societies in South, Southeast and East Asia (SSEA). According to the study, cohesion is strongest in Hong Kong and Singapore, followed by Thailand and Bhutan.

In this issue of the Asia Policy Brief, Peter Walkenhorst, presents the key findings of the study and explains their significance for understanding social cohesion in Asia and non-Western societies in general. He shows that there is there is no silver bullet that leads to consistently strong social cohesion in SSEA. In principle, however, policy approaches promoting inclusive economic development, poverty alleviation and gender equality offer the greatest prospects of success. 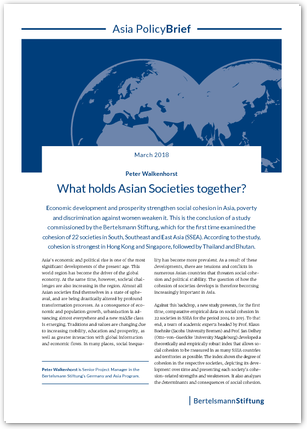 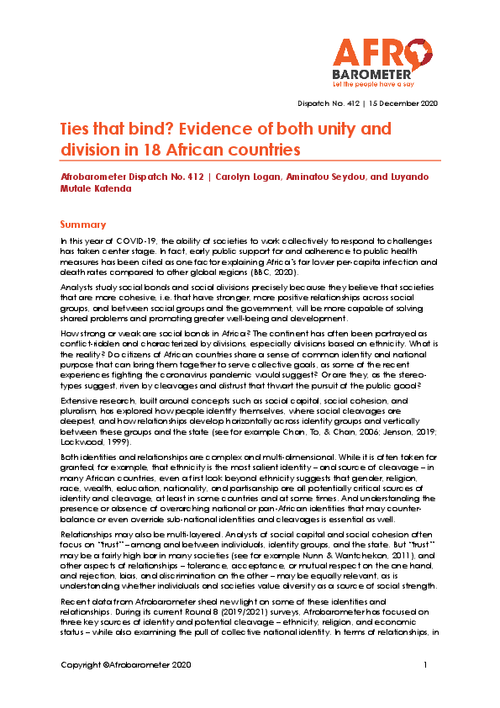 Ties that bind? Evidence of both unity and division in 18 African countries